View source
watch 02:52
Roblox: DeepWoken - The Loop
Do you like this video?
Play Sound
RS
This article is about the adventurer in the Temple Trekking minigame. For the Adventurer eaten by Burntmeat, see Adventurer. 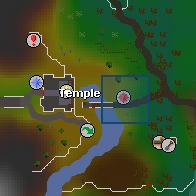 During the minigame, the Adventurer can fend for himself and usually does not need food throughout it.

It appears that he is wielding a rune two-handed sword, and that he is wearing a cape of legends, suggesting that he was a member of the Legends' Guild.

Being an easy follower, he has the highest amount of hitpoints, and has good combat abilities. Three enemies will appear in a combat event.