So what can one do with a drunken sailor? 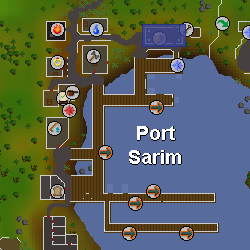 Ahab is an NPC at the Rusty Anchor Inn in Port Sarim. He yells at anyone when they touch his beer which is uniquely called Ahab's Beer and is the only one in RuneScape.

After a long conversation he will ask if the player has a boat he could have (requiring the completion of Dragon Slayer). The player will then say no and Ahab will become sad.

Retrieved from "https://oldschoolrunescape.fandom.com/wiki/Ahab?oldid=8687371"
Community content is available under CC-BY-SA unless otherwise noted.