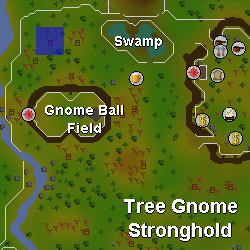 Anita is a non-player character who first appears in The Grand Tree. She and her boyfriend, Glough, both live in the Tree Gnome Stronghold, though they do not live together. Her home is in the north-west of the stronghold, just west of the swamp.

She plays a part in the The Grand Tree quest. Players obtain Glough's key from Anita. She's also the author of the Translation book.

After Monkey Madness II, Anita has moved on and is now the girlfriend of Carado, a 10th Squad soldier.

Retrieved from "https://oldschoolrunescape.fandom.com/wiki/Anita?oldid=8080964"
Community content is available under CC-BY-SA unless otherwise noted.