Perhaps this could be used to create a defensive weapon.
Loading... 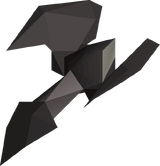 The Avernic defender hilt is an add-on that can be received as a reward from the Theatre of Blood. When used with a dragon defender, the Avernic defender will be created after a confirmation message. This process can be reversed, but the hilt will not be returned.

When the hilt is inspected, the chatbox message states You raise the hilt, inspecting each section carefully. It looks as though it could combine with a powerful parrying dagger.

Retrieved from "https://oldschoolrunescape.fandom.com/wiki/Avernic_defender_hilt?oldid=8688663"
Community content is available under CC-BY-SA unless otherwise noted.