Old School RuneScape Wiki
Register
Don't have an account?
Sign In
Advertisement
in: Experienced quests, Quests, Between a Rock..., Keldagrim

Prayer for an easy fight; the spirit shouldn't take too long to kill. If you are close to dying, you can take your gold helmet off, which will teleport you outside of the rock, next to Dondakan. 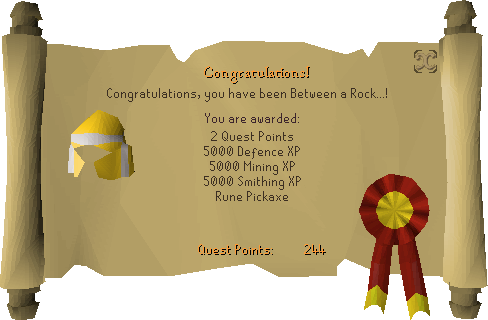