(If you are at low health from previously encountered Black Knight, you can go to the Monastery located East of the Black Knight's Fortress and speak to a Monk to heal you) 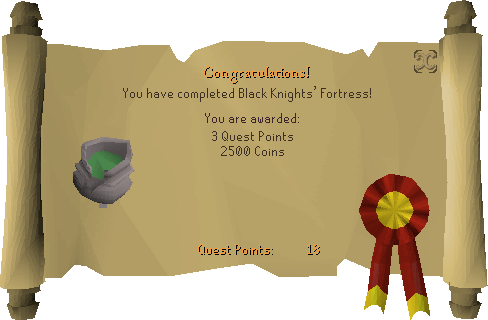 Retrieved from "https://oldschoolrunescape.fandom.com/wiki/Black_Knights%27_Fortress?oldid=6667462"
Community content is available under CC-BY-SA unless otherwise noted.