Start a Wiki
For the list of magic spells, see Spellbook.

This track unlocks in the Lumbridge Swamp. 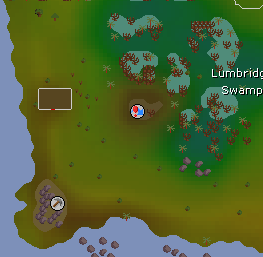 Book of Spells is a music track that is unlocked in Lumbridge Swamp, near the coast.

It is played at a slow tempo, and begins with a crescendoing harp cadenza consisting of series of arpeggios. Additional instruments come in as the song goes on (such as vibraphone, chimes, piano, and a guitar).

The song then reaches a bridge where the tempo increases, the violins fade out to be replaced by the chimes with a choir.

Eventually, the violins re-join the song, but only shortly before the song gains a darker theme and the melody is transferred to a low choir. After this section, the song returns to what resembles a chorus. The song ends with a decrescendo harp cadenza.

Prior to an update, the music track was named Book Of Spells".

Retrieved from "https://oldschoolrunescape.fandom.com/wiki/Book_of_Spells?oldid=9049267"
Community content is available under CC-BY-SA unless otherwise noted.