North of the Digsite

A barge under construction. 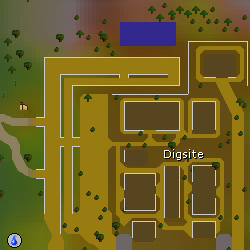 The canal barge is a small ship currently being built by the barge foremen and workmen just north of the Digsite, east of Varrock. The barge is one of the Varrock Museum's current projects.

According to Curator Haig Halen, the idea for the barge surfaced shortly after the discovery of a previously uncharted island north of the swampy region of Morytania. When finished, a small canal will be dug to the River Salve, the border between Misthalin and Morytania. From here the water-filled canal will allow the barge to travel north up the Salve, where it will eventually arrive on the island.

According to Curator Haig Halen, the barge has not been completed because:

Retrieved from "https://oldschoolrunescape.fandom.com/wiki/Canal_barge?oldid=8689055"
Community content is available under CC-BY-SA unless otherwise noted.