She manages the stores. 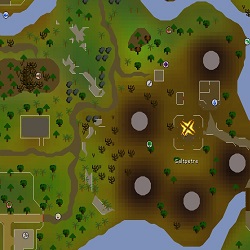 The clerk will take all sulphurous fertilisers in the player's possession, including the bank, which means players do not need to make multiple trips to donate, and can gain massive amounts of favour in one go.