Client of Kourend is the first quest which involves the kingdom of Great Kourend, and is the 131st quest on Old School RuneScape.

Speak to Veos, who can be found in the Piscarilius House port in Great Kourend. To get there, talk to another Veos located at the northernmost dock in Port Sarim. Ask if he has any quests for you, and he will say that he has a client from the mainland who is interested in some knowledge surrounding the houses of Kourend, specifically its hierarchy and general social organisation. Agree to help him, and he will give you an enchanted scroll, you must use a feather on it to create an enchanted quill. If you haven't got one already, a feather can be easily obtained from Gerrant's Fishy Business in Port Sarim.

With the enchanted quill in your inventory, you will have to speak to the general store owners of Great Kourend:

Speak to Veos to begin a quest 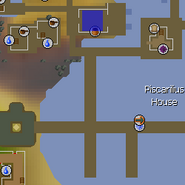 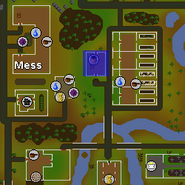 Horace from the Hosidius House 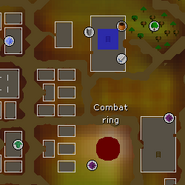 Jennifer from the Shayzien House 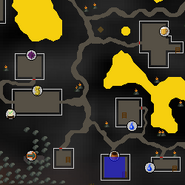 Munty from the Lovakengj House 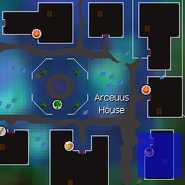 Regath from the Arceuus House

NOTE: If you are using the Teleport to Kourend spell to get around Great Kourend, talk to Leenz, north of Veos before teleporting, as this is the one house where teleporting doesn't shorten the running distance. After that, teleport to Great Kourend and travel to the next general store, repeating the process as needed.

Once you've spoken to every single general store owner, a mysterious voice whispers to you that you must return to Veos. He will take your quill and scroll. You then tell Veos about your hand being damaged, and he says the client apologises, as the mention of the Dark Altar "provoked emotions".

Veos will then ask you to take a mysterious orb and activate it when near the Dark Altar. The Dark Altar is found north of the Arceuus House, which can be reached relatively quickly by teleporting to the Wintertodt Camp via a games necklace, running south following the path that goes west a bit, until you reach the dark area, and then east. The dark altar is at the end of the purple crystals. If you have access to Fairy rings, use the code CIS to get close to the Dark Altar. The Dark Altar is located north-east of the CIS fairy ring. (You need to unlock it by paying 80,000 coins.)

Once you are near the Dark Altar, activate the orb. It will shatter into broken glass. The mysterious voice will then whisper to you that you must return to Veos once more.

Return to Veos, who will then claim that he has not spoken to you since taking you to Zeah, and will become possessed. Veos' Client will now speak, with the player questioning him to no avail. Before he releases Veos from his possession, he will give you your reward. 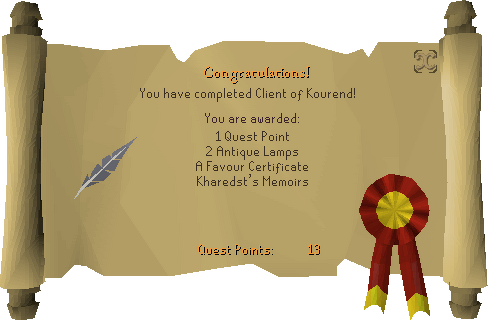 There are two easter eggs that can be done after completion of the quest. These offer no rewards.

If the player has a Ring of charos (a), obtained from the Garden of Tranquillity quest, players can attempt to charm the client into revealing his name. However, the client will foil the attempt, asking the player if they truly thought that he could be manipulated by Charos' feeble magic. He decides to tell the player due to their efforts, and reveals himself to be Xeric, a tyrant who ruled Great Kourend nearly 1,030 years ago.

A set of wolf bones can be used on Veos. The bones will remind him of Copper, his pet wolf - a loyal, brave and gentle wolf who wore a crimson collar. When Veos was travelling in the Fremennik Provinces, he and his wolf (who was 19 years old) were ambushed by a group of feral foxes, and suffered fatal wounds. Veos ran away, and he sought to search for his remains, to no avail. Offer to help him, then travel to the Fremennik Province.

Foxes can only be found just north of the Sinclair Mansion, across the river. Kill them until they drop Copper's crimson collar.

Once you obtain the collar, return to Veos, who will be grateful for your help.