The House on the Hill

Items required: 8 oak planks, 10 swamp paste, 12 nails, a hammer and a saw. Recommended: at least 7 free inventory spaces, 24 if you want to do it all in one trip.

Items required: Machete, any axe Note: Players with 79 Agility can access a vine shortcut into the Kharazi Jungle without needing an axe or machete. Recommended: Bring plenty of food and stamina potions! Take the gnome glider to Karamja or bring 200 for the Brimhaven cart ride.

The puzzle can be solved in a few steps (fill in with table):

"The one from [Location] sat at the north of the table": Place this statue north.

"Opposite the one with [Weapon]": Place this statue south. 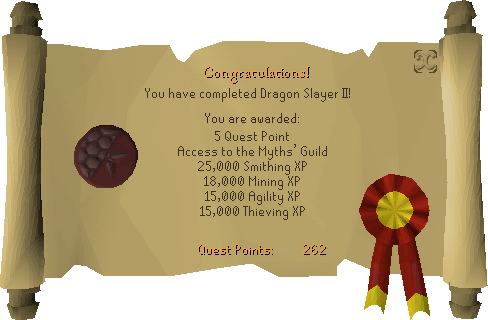