An old and wise smith. 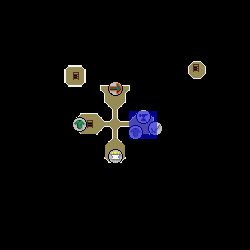 Erdan is the smith of the Myths' Guild. He is located on the eastern wing of the top floor.

He mentions to the player that he is a descendant of Uhld, and that the guild itself was created by the Sect of Uhld.

Retrieved from "https://oldschoolrunescape.fandom.com/wiki/Erdan?oldid=8693709"
Community content is available under CC-BY-SA unless otherwise noted.