She likes trees and stuff. 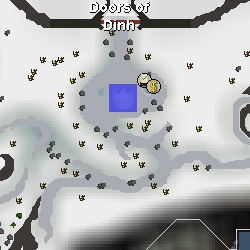 Esther is a member of the Woodcutting Guild, and is researching a way to grow a new Bruma tree. She is found in the centre of the Wintertodt Camp.

Players can speak to her to learn about the Bruma tree's special properties, which is to keep the Wintertodt weakened. She will also tell the player about Xeric, an evil mage who ruled Great Kourend for a hundred years.