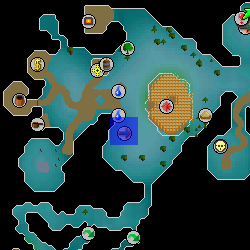 Fairy Fixit is the only known fairy builder in RuneScape and is probably very experienced in Construction. Players may find her wandering around the main fairy ring in Zanaris. She probably maintains the whole fairy ring teleportation system, as there are no other fairy builders found in Gielinor.

She owns a shop called Fairy Fixit's Fairy Enchantment, which can only be accessed after completion of Fairytale II - Cure a Queen.

Retrieved from "https://oldschoolrunescape.fandom.com/wiki/Fairy_Fixit?oldid=8692021"
Community content is available under CC-BY-SA unless otherwise noted.