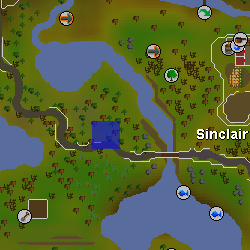 Falo the Bard is an NPC whom players must visit if their master clue scroll directs them to him. Players must start The Fremennik Trials in order to speak to him.

The fastest way to him is by using the Music cape or via fairy ring code CJR, walking south and then west across the bridge north of Seers' Village.

He will sing a ballad, of which players must find the item he is singing about. Players need to show him the item in order to progress to the next clue.

He is the brother of Olaf the Bard - which is "Falo" backwards.

Retrieved from "https://oldschoolrunescape.fandom.com/wiki/Falo_the_Bard?oldid=8208072"
Community content is available under CC-BY-SA unless otherwise noted.