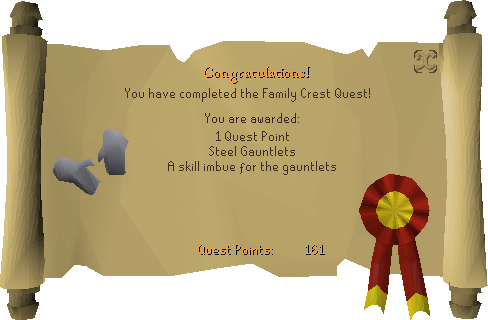 Note: Although they are steel gauntlets, players with level 1 Defence can wear them.