As far back as I can remember, I always wanted to be a gangster. 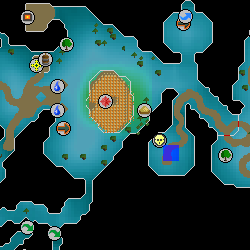 Fat Rocco is a fairy bodyguard who guards the Fairy Godfather with Slim Louie. He appears slim instead of fat, contrary to his name. Fat Rocco tries to look as menacing as he can, and often tells people not to talk to him ("talk to da bozz"). He is second in command in the Fairy Mafia.

Retrieved from "https://oldschoolrunescape.fandom.com/wiki/Fat_Rocco?oldid=8691009"
Community content is available under CC-BY-SA unless otherwise noted.