The cape worn by master firelighters. 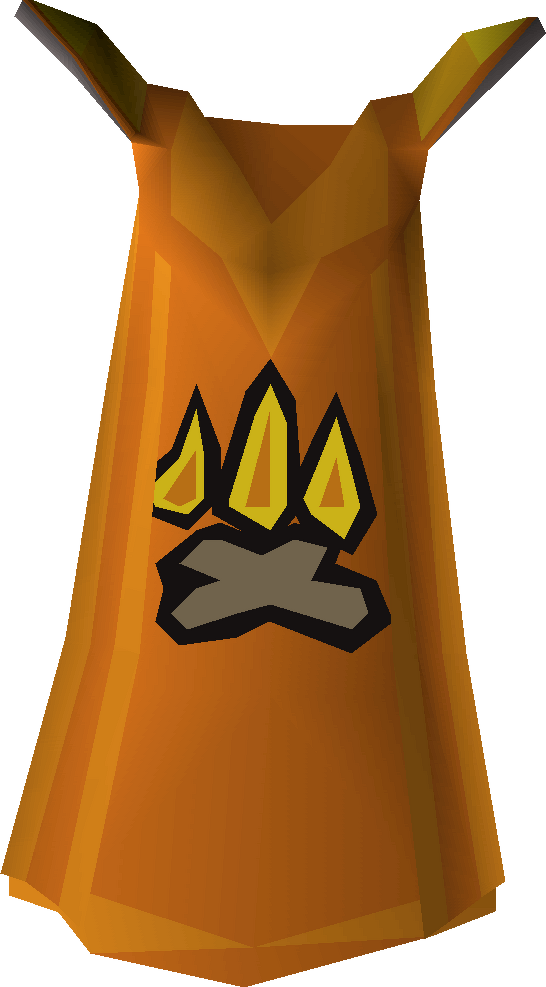 A Firemaking cape is a Cape of Accomplishment. It can be purchased for 99,000 coins along with the Firemaking hood from Ignatius Vulcan (who can be found south of Seers' Village) by players who have achieved skill mastery in the Firemaking skill.

Like all skill capes, the Firemaking cape gives +9 to all defensive stats, and also a +4 bonus to prayer if it is trimmed, which requires a separate skill at level 99. The cape is automatically trimmed if this condition is met.

When the firemaking cape is equipped, it will act as an inextinguishable light source.