The island itself is surrounded by seven other smaller islands. However, these cannot currently be reached by the player.

In order to reach the island, players must have completed the Bone Voyage quest.

In the southern end of the swamp, players will find the Deranged archaeologist, who fights similarly to the Crazy archaeologist found in the Wilderness ruins. However, he is much more dangerous, as his special attack can hit over 70. he also killed our boy white cat22, rip dovydas :( 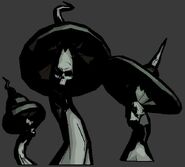 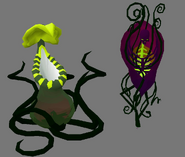 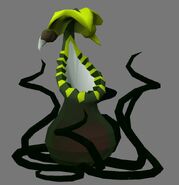 Another image of the Pitcher plant model, further along into development.
Add a photo to this gallery
Retrieved from "https://oldschoolrunescape.fandom.com/wiki/Fossil_Island?oldid=5207983"
Community content is available under CC-BY-SA unless otherwise noted.