Gillie the Milkmaid milks cows. She's udderly fantastic at it. 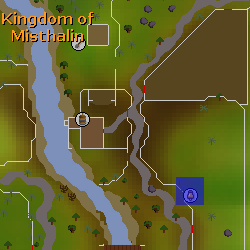 Gillie Groats is a woman in the northern cow pen of Lumbridge, near the three dairy cows one of which is used in the Cook's Assistant quest. She informs players how to get milk from a dairy cow. She is the daughter of Seth Groats, who is a farmer. She and her family live by selling buckets of milk at the market. She has an otherwise unnamed husband.

Retrieved from "https://oldschoolrunescape.fandom.com/wiki/Gillie_Groats?oldid=9050721"
Community content is available under CC-BY-SA unless otherwise noted.