The chef for the Corsairs. 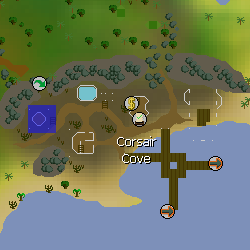 Gnocci the Cook is one of Captain Tock's crew members who have moored in Corsair Cove after supposedly being cursed.

Retrieved from "https://oldschoolrunescape.fandom.com/wiki/Gnocci_the_Cook?oldid=5495409"
Community content is available under CC-BY-SA unless otherwise noted.