This track unlocks at Goblin Village. 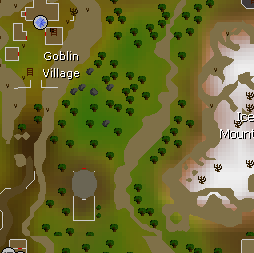 Goblin Village is a music track that is unlocked at the Goblin Village. It has a tribe-ish, simple tune to emphasise to primitiveness of the goblins. The track is quoted in several other music tracks, such as Bandos Battalion.

Retrieved from "https://oldschoolrunescape.fandom.com/wiki/Goblin_Village_(music_track)?oldid=8694817"
Community content is available under CC-BY-SA unless otherwise noted.