He looks mistreated and weak. 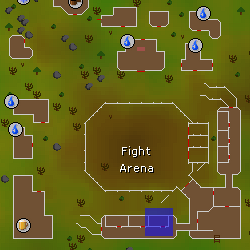 Hengrad is a prisoner found in the Fight Arena. He plays a minor role in the Fight Arena quest, where he reveals that General Khazard captured him when he was just a child and he has survived the arena for almost all his living years.

Retrieved from "https://oldschoolrunescape.fandom.com/wiki/Hengrad?oldid=8213347"
Community content is available under CC-BY-SA unless otherwise noted.