Some are male, others are female 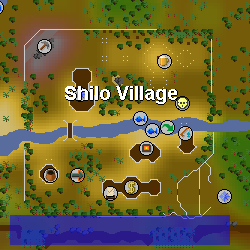 Jungle foresters are non-player characters found near the border of the Kharazi Jungle in Karamja. They are loggers interested in selling some of Karamja's rarer woods, which can be found in abundance near Shilo Village.

Jungle foresters play small roles in the One Small Favour quest, where they ask the player to sharpen their axe, in return for some Red mahogany logs. They are also involved in the Legends' Quest, where they provide players with a Bull roarer, which can be re-obtained at the price of an Oomlie wrap if lost or using the drop trick.

Retrieved from "https://oldschoolrunescape.fandom.com/wiki/Jungle_forester?oldid=8689969"
Community content is available under CC-BY-SA unless otherwise noted.