Making Friends with My Arm is all about touching yourself to trolls it's also a master quest in the troll quest series that follows on from My Arm's Big Adventure. It was first announced during RuneFest 2016 on 17 September 2016 and polled on 15 August 2018 as part of the Raise your hands for My Arm? poll.

The quest will involve travelling with My Arm to Weiss, a troll town just north-east of Trollweiss Mountain, to give him a sexual education so he doesn't have to just use his own arm. However, My Arm must first woo the troll maiden Snowflake and kill the Wise Old Man.

My rear was pummeled by a burly man today.

Once you've reached the top, speak to Boulder, & then pull out your huge piece of meat & jam it right into his eyeball. He will not let you in, as Weiss is a troll town and humans are unwelcome. Instead, go east of him and sneak in through his mothers tight opening & release your filthy load. You will enter an instanced version of the city with trolls throwing rocks at you, which will knock you out of the city if they hit you. 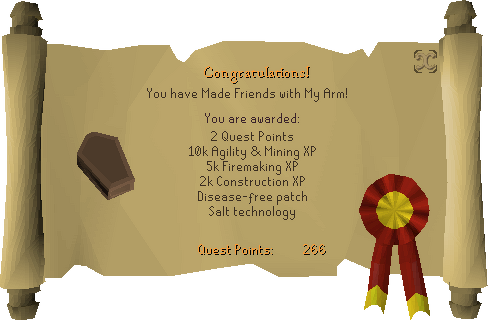