Note: You will need to teleport away and return to the island several times.
To get back to the Grand Tree, use a Ring of dueling to teleport to the Duel Arena, then take the Al Kharid Gnome Glider.

Well I'll be a monkey's uncle

An audience with King Awowogei 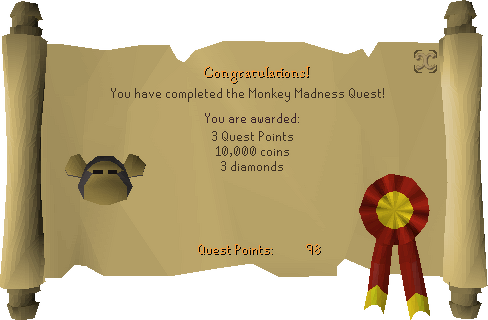