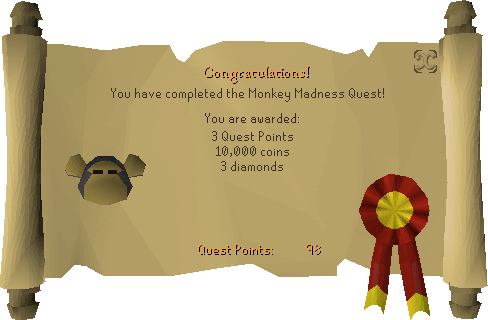 Always bring antipoison and a teleport to Ape Atoll!

Members can have problems getting monkey bones because a monkey will always drop a monkey corpse. However, the corpse works the same as the bones.

Retrieved from "https://oldschoolrunescape.fandom.com/wiki/Monkey_Madness_I?oldid=139384"
Community content is available under CC-BY-SA unless otherwise noted.