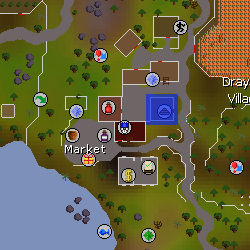 Ned is an NPC that lives in a small house in eastern Draynor Village. He plays a part in the Dragon Slayer and Prince Ali Rescue quests. Players can bring him 15 coins or four balls of wool to make a rope. During The Fremennik Isles, the player finds out that actually Ned gets the ropes from Neitiznot and returns balls of wool to them, so Ned doesn't actually make the ropes by himself.

Retrieved from "https://oldschoolrunescape.fandom.com/wiki/Ned?oldid=8214005"
Community content is available under CC-BY-SA unless otherwise noted.