This object cannot be dropped or destroyed.

This object cannot be dropped or destroyed.

This bond can be redeemed for membership. It can be made tradeable again through the membership bonds interface.

An old school bond is an in-game item that allows a player to pay for membership with in-game resources.

Tradeable membership bonds may be traded to other players and sold on the Grand Exchange; however, when the transaction is complete, it will become untradeable. A membership bond is always bound to a player when it has not been redeemed or traded to another player. It is always kept on death, even when inside the Wilderness. Both tradeable and untradeable versions may be stored in a player's bond pouch, accessible via the Settings interface. Players can only buy one bond per Grand Exchange slot. Bonds can be traded to ironmen by using it on them, so long as they are in tradeable form. The player can store 20 bonds in their pouch before needing to withdraw them from the pouch.

When bought using real life currency, bonds are tradeable. Once traded to another player for an in-game sum of money or items, they become untradeable. Bonds can be made tradeable again for a payment of 10% of their Grand Exchange value (10% currently being 371,425 coins).

At any time, whether tradeable or untradeable, bonds can be redeemed for membership:

Members can use bonds for name changes as well. After the bond has been redeemed, the player can change their display name in the Option menu within the Chat sub-menu. Alternatively, a display name can also be set on the RuneScape website and under Account Settings. 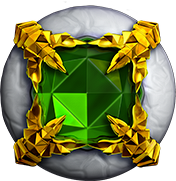 Concept art of a bond

The interface for bonds

The interface for converting untradeable bonds