Servant of the sacred flame. 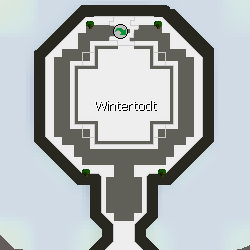 You should probably be helping them rather than examining them.

Pyromancers are a special group of Arceuus House mages who are tasked to keep the Wintertodt imprisoned behind the Doors of Dinh.

They are a religious group who worship fire to such extremities that they are not overly trusted by other Arceuus mages. However, only they know the spells required to subdue the Wintertodt, so they are heavily relied upon in the defence of Great Kourend.

During the fight against the Wintertodt, they are tasked with channelling the power of the bruma flames from the burning brazier towards the Wintertodt. While doing so, they may become incapacitated, in which the player must use rejuvenation potions to heal them. If the braziers are unlit, they cannot be lit until the Pyromancer is healed.