A member of the Ardougne Royal Army. 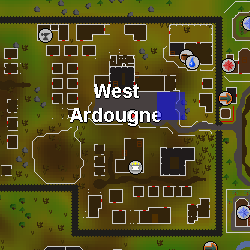 Recruiter is the solution to the medium anagram clue: ERR CURE IT. The answer to his challenge: How many houses have a cross on the door? is 20.