He makes it look so easy... 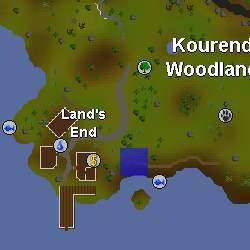 Robert Boss is a peaceful painter and citizen of Land's End, Kourend. He can be located to the east of the bank, near a tree.