To the dungeon with you!

Now, you need to repair the lift using items found in the boxes in the chamber:

The lift should be operational now, so grab another rope from the crate and 'use-lift' on the platform to head closer to the mysteries of the island. (If this option doesn't appear, make sure you have added 5 coal to the engine. You can do it when placed on the engine platform)

Protect from Melee works fine (Protect from Missiles if ranging or maging), but its poison damage hits 9 so an antipoison is strongly recommended. Pick up the box that it drops. If you forget to collect the box before leaving, speak to the guard outside the dungeon on Etceteria. After the fight, it is also recommended to immediately drink your antipoison because the damage of the poison is very slow, yet heavy. 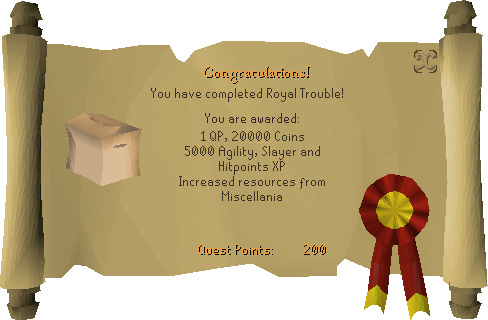