Northwest corner of the Fight Arena

A young squire. He looks worse for the wear. 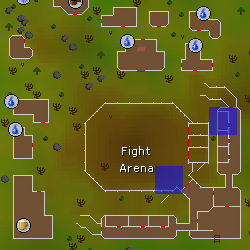 Sammy Servil is the only son of Lady Servil and Justin Servil, two minor nobles of Kandarin. During the Fight Arena quest, he is kidnapped by the forces of General Khazard and imprisoned in the Fight Arena; the player must rescue him during the quest by fighting in the arena.

Retrieved from "https://oldschoolrunescape.fandom.com/wiki/Sammy_Servil?oldid=8689155"
Community content is available under CC-BY-SA unless otherwise noted.