The easiest way to complete this quest is to buy 20 balls of wool at the Grand Exchange, or from other players, and then just give them to Fred the Farmer. The general store in Ardougne sells balls of wool.

Head to Fred the Farmer and talk to him. Tell him you're looking for a quest. He will give you one, which will be to get him 20 balls of wool. Grab the shears off the table in his house. Leave his house and enter the fenced area on the east side of his house.

There are two diversions in this quest: 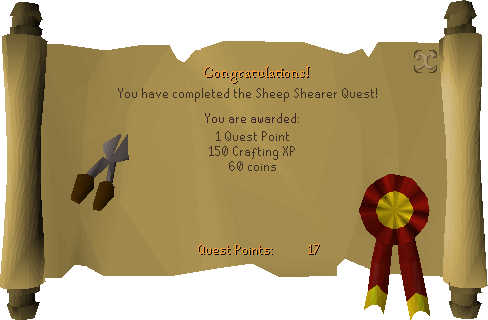