(Bronze wire required for next section) 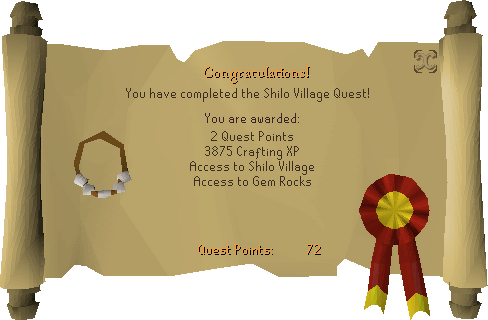 After completing the quest, every item you got during the quest can be sold to Yanni Salika in Shilo Village for 2,000 coins total.

Retrieved from "https://oldschoolrunescape.fandom.com/wiki/Shilo_Village/Quick_guide?oldid=8690775"
Community content is available under CC-BY-SA unless otherwise noted.