The Journey of Souls, by Aretha. 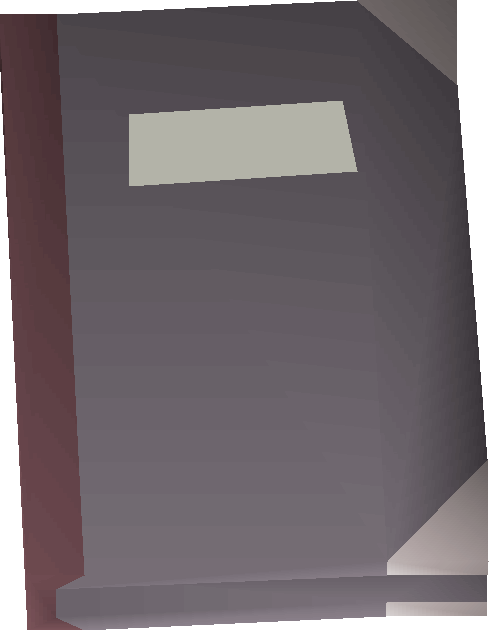 Soul journey is a book written by Aretha found in the Arceuus House Library in Great Kourend. Customers in the library may ask the player to provide the book for them, after which the player is rewarded with Arceuus House Favour. The book is required to begin the Bare Your Soul miniquest.

The book speaks about the River of Souls and its role in Great Kourend's perception of the afterlife, along with excerpts from past experiences involving the Key Master's acceptance in the role of guarding Cerberus. It also mentions the soul bearer, an ancient artefact.

After reading the book for the first time, the chatbox will state The book referred to an artefact being buried in Kourend, but the author did not specify where it was buried. Maybe you could persuade her to change her mind.

If a culture does not respect its past, it deserves no future.

In Kourend, every generation owes a debt of gratitude and honour to the previous generations, recognising their toil and blood that raised our city from its humble origins to its present glories.

It has therefore been my privilege to study the soul altar, that mystical beacon that gathers the souls of the departed, guiding them into the River.

My study is no mere academic interest; I embark on it as a mark of respect and honour for the deceased generations whose souls now flow in the River.

As the mortals of Kourend reach their death, their souls abandon the flesh-temples they inhabited, leaving the flesh to suffer corruption and decay.

The soul, however, does not decay. Released from the fetters of its flesh-temple, and from the constraints of the materials world, the soul is at last free.

Mercifully, the soul is not left to wander aimlessly through the world. Instead, the soul altar calls it, reaching across the land to all the wandering souls of Kourend, drawing them to the River.

The River leads the souls through unchartable realms, transcending the plane of the world.

Yet they are not abandoned to the forces that might prey on them - the three-headed Guardian is there as a protector, keeping them safe as the River flows beyond all knowledge.

Many years ago, before the Ascent of Arceuus, I was a young assistant to the Elders. A day came when there was terrible turmoil down the River. A human adventurer had breached the Guardian's cave; this broke the bonds of the Guardian, and she sought to escape from her solemn duty of protecting the souls. The Elders acted fast to restore the Guardian to her post.

There was, at that time, a herbalist whose mind and body were known to be in a manipulable state due to his foolish experiments. Seizing him while he was helpless and in his potion-induced trance, the Elders cast spells of torment upon him; in order to relieve the torment, he agreed to become our Key Master, bound to watch the Guardian's cave to ensure the Guardian does not break loose again.

He has served well over the years. It was cruel of the Elders to subject him to such a fate, but the need was desperate.

The soul altar is therefore a blessing to the people of Kourend, bringing their souls to the safety of the River. We cannot know the fate of souls in distant lands beyond the reach of our soul altar, but the destiny provided by our soul altar is a sure comfort to us here.

We therefore owe a debt of gratitude to the Dark Altar, for it is the Dark Altar's power that creates and maintains Kourend's soul altar, drawing energy to this realm from the unknown plane where the true Soul Altar resides.

Without the Dark Altar's influence, there would be no soul altar here, and the souls of our forebears would be abandoned to an unknown fate.

It is not known why the Dark Altar has created our soul altar or blood altar; cynical minds have speculated that its motives may not be benevolent, but I call shame of such suspicious murmurings - the soul altar enables our city's departed souls to have the comforting certainty of the River; it is clearly a great blessing and a fitting reward for those who have served the city in their mortal lives.

The soul does not always succeed in freeing itself from its flesh-temple at the time of death. Many warriors have found, to their horror, that the soul of their foe remains trapped in the corpse.

Ensouled heads are a sign of a soul in torment; it is therefore our duty to free such souls from their prison with all due speed.

The magic of the Dark Altar enables the ensouled head to re-form itself a rudimentary body; this may be slain in order to grant liberty to the soul at last.

For this service, the gods grant extra favour compared to the mundane activity of burying bones.

I have written of the time when a human adventurer breached the Guardian's cave.

While in there, the human attempted to steal an artefact from the cave. This disruption to the River caused the loosening of the Guardian's bonds, allowing her attempt to escape from her duty.

Naturally she slew the foolish adventurer, who deserved no better.

After the Elders had restored balance to the River and appointed the Key Master to watch over the Guardian in the future, they came across the artefact among the items and bones dropped by the adventurer.

The origin of the artefact is unclear, but it is believed to draw a soul from one place to another, enabling the soul to travel with the River across the dimensions. Thus it was named the Soul Bearer. Mercifully the River still flows in its established path without further aid from the artefact.

However, in the death of the adventurer the artefact had become damaged, so they brought it back to Kourend in the hope that someone among the Elders could repair it. Sadly, even the most learned Elders could not repair the artefact, and eventually it was buried with all due ceremony and reverence, protected by spells to ensure no future explorer would find it by chance.

If the artefact could ever be repaired, it would regain its powers the draw a soul from one place to another. Indeed, I believe it could do this to an ensouled head, exerting its power on the soul contained within the head.

However, following the Ascent of Arceuus, this ability would be of no practical benefit to the House.

Retrieved from "https://oldschoolrunescape.fandom.com/wiki/Soul_journey?oldid=1839972"
Community content is available under CC-BY-SA unless otherwise noted.