Skeleton mine, Wilderness coal mine

North-west of Edgeville in level 12 Wilderness 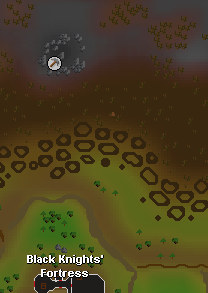 The south-west Wilderness mine is located in level 9 Wilderness, just north-west of Edgeville, north of the Black Knights' Fortress, and south of the Dark Warriors' Fortress. This Mining site is a very rich coal mine since it contains over 30 coal rocks, which is sizeable in comparison to the Mining Guild, but players have to rely on running to safety or teleporting if attacked by player killers. This mine is recommended when the Mining Guild or other coal sites are crowded, or for players with a high Combat level.

Retrieved from "https://oldschoolrunescape.fandom.com/wiki/South-west_Wilderness_mine?oldid=8688797"
Community content is available under CC-BY-SA unless otherwise noted.