Note: There is a bank on the isles so for the most part you do not have to worry about keeping all items in your inventory.

Note: Keep Protect from Missiles on at all times while repairing the bridges as any damage taken is stacked and applied after the bridge repair animation completes.

Note: Use a Melee weapon as the Troll King has high Magic and Ranged Defence. If you die you WILL be able to reclaim your items.

Note: This is a multi-combat zone. Melee and Ranged Ice Trolls will attack you. 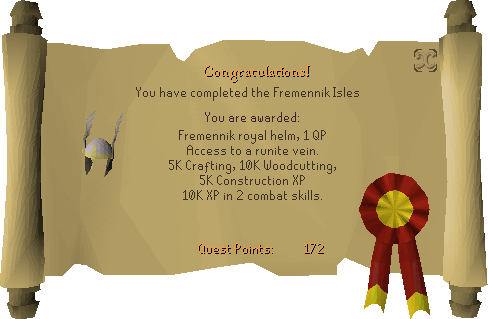 Retrieved from "https://oldschoolrunescape.fandom.com/wiki/The_Fremennik_Isles/Quick_guide?oldid=8214922"
Community content is available under CC-BY-SA unless otherwise noted.