Appears to be some kind of elder. 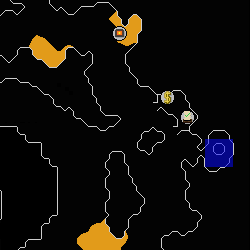 TzHaar-Mej-Dir is an NPC located in the the eastern TzHaar terminal chamber in Mor Ul Rek. It, along with TzHaar-Mej-Bal, explains to players that as TzHaar grow older, they begin to solidify. To prolong their lives, they rest in the terminal chambers to draw heat from the volcano. Eventually, old TzHaar will solidify and turn into rock, known to the TzHaar as Haar-Tok. At this point, they are considered dead, as they are unable to move or communicate at all despite remaining conscious.

Retrieved from "https://oldschoolrunescape.fandom.com/wiki/TzHaar-Mej-Dir?oldid=8210009"
Community content is available under CC-BY-SA unless otherwise noted.