This week's update is here and we've got a couple of Abyssal changes. The bludgeon is receiving a buff to the special attack as well as Scions and Orphans getting a graphical upgrade. We've also got duel arena win and loss tracking and an updated report abuse interface!

The Abyssal Bludgeon has been buffed to deal more damage per missing prayer point with the special attack.

For each prayer point you are missing the special attack will now deal 0.5% more damage rather than 0.3%. This will make sure you're getting a bit more bang for your buck when you decide to risk your prayer being low.

You can now see how many wins and losses you've had at the Duel Arena! Check the scoreboards found around the arena and you will be shown your wins and losses at the top. 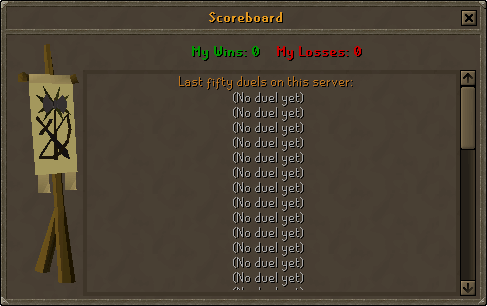 You will also be shown a message in the chat box when a duel ends showing your total wins and losses. This message is filtered and can be hidden. 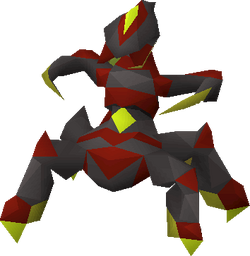 Those of you fortunate enough to get your hands on an Orphan will also find that it now resembles a fully fledged Abyssal Scion.

We've updated the Report Abuse menu, adding some options that were not previously offered in OSRS, such as 'Offensive Name' and rewording others for consistency with Jagex's other products. 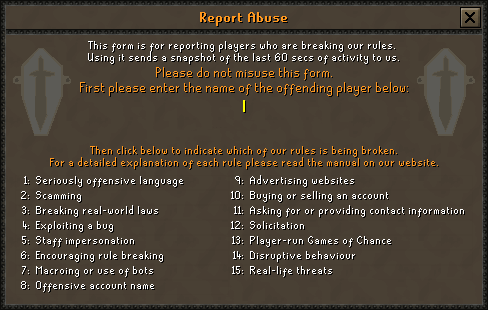 Retrieved from "https://oldschoolrunescape.fandom.com/wiki/Update:Abyssal_Bludgeon_Buff?oldid=1647283"
Community content is available under CC-BY-SA unless otherwise noted.