Carol's Christmas
Far to the west, a factory full of overworked and underpaid Christmas workers are asking for your help. Can you help them re-ignite their trollish manager's Christmas spirit?

Just north of Port Sarim you can find Holly and Ivy. They will tell you of the woes they and their factory worker colleagues are having to endure under the reign of their target-focused, trollish boss - Carol..

It would seem that Carol is a bit bogged down in hitting targets and has let her Christmas spirit slip. Perhaps you will be able to remind her what Christmas is all about and get her to give her workers the holiday season they deserve.

If you're able to help the factory workers restore their boss' Christmas spirit, you'll be rewarded a sack of presents and giant present you can carry around, as well as a Mount Quidamortem Snowglobe!

Of course, you'll also receive all of the rewards unlocked from previous Christmas events: 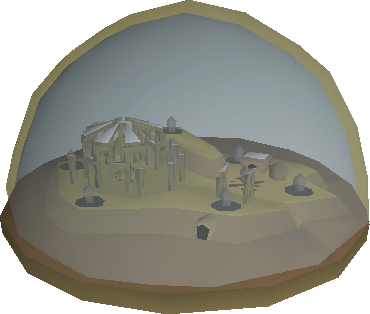 The Deadman Invitational has been raging on for the past few days and it will be reaching its conclusion this Saturday! Make sure you watch the mayhem unfold and see who takes home the $10,000 grand prize from 6:30pm GMT on the RuneScape Twitch channel!

Retrieved from "https://oldschoolrunescape.fandom.com/wiki/Update:Carol%27s_Christmas?oldid=3009182"
Community content is available under CC-BY-SA unless otherwise noted.