South of the Al Kharid duel arena the local residents have set up a new combat arena where groups of players can test their strength against other groups in a selection of different games including last team standing, first to X kills, king of the hill (where your team wins points by occupying a hill) and free-for-all. For a quick trip to the Clan Wars arena, just use your Ring of Duelling. 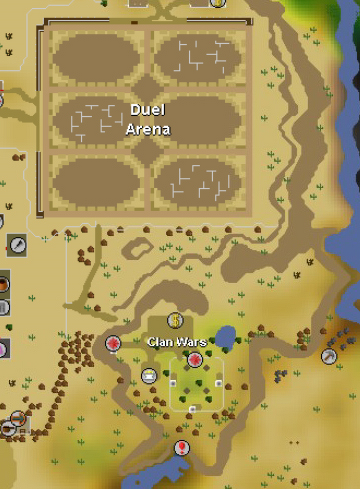 You can battle other clans across 10 battlefields, such as in the snowy heights of Northleach Quell, defend the fortifications in the traditional Turrets map or get the upper hand in the enigmatic Ethereal map. 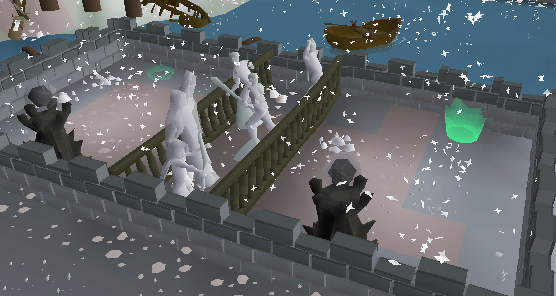 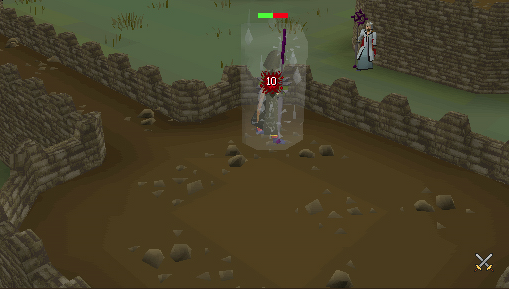 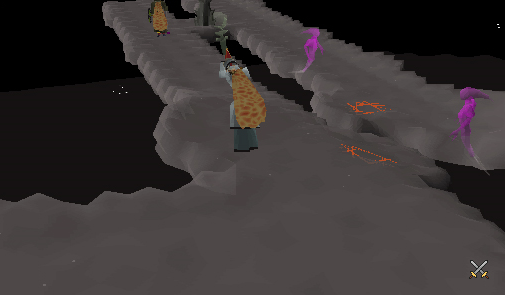 To start battling another team, go into the challenge area, right click on a ranking member of the clan you want to challenge and customise your battle using all the options available to make it exactly what you want. 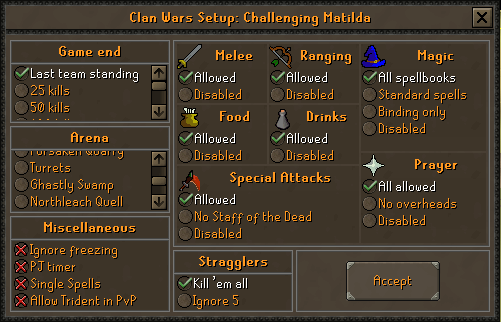 Then wade through the blood of your enemies until you are victorious or fall. 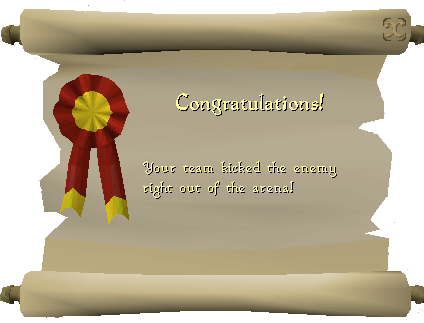 In a 'no drinks' clan wars battle, you are not able to drink anything including cups of tea, gnome cocktails and bottles of wine. This is now also the case when dueling with the 'no drinks' rule enabled.

Now, 10 battlefields are great, but we know that you guys love designed new pieces of content to go in game so if you want have a go at designing your own battlefield, simply email an image of your design to oldschoolcommunity@jagex.com with the subject as Clan Wars map. Well look at them all and add the best ones into the game. Dont forget to include your RSN so we can make sure you get a shout out.

The Clan Wars arena arrives just in time for the start of this years Clan Cup. Keep your eyes peeled for the developer blog coming in the next few weeks.

We also have a few bug fixes this week:

Join us for our usual developer Q&A later today at 5pm BST on Twitch TV.

To discuss this update, join us on our forums.

Retrieved from "https://oldschoolrunescape.fandom.com/wiki/Update:Clan_Wars_is_here!?oldid=1635111"
Community content is available under CC-BY-SA unless otherwise noted.