We've just put out a massive developer blog discussing a number of proposed changes to come in next week's content poll.

Be sure to head over to our forums to give the developer blog a read!

Next week we will be running a poll including a number of exciting updates for the wilderness, the brand new player-owned house rooms teased in a developer blog last year and lots more. In this blog we will be detailing everything coming up in next week's poll - let's get straight into it!

In order to make player-vs-player combat slightly more balanced, we are proposing one simple change to the way untradeable equipment in the wilderness works:

This change ensures that players are properly rewarded for the kills they earn. It also ensures that untradeable equipment is still a viable option in the wilderness, and your time spent earning it is still time well spent.

It will not be any easier for PKers to get their untradeables back, or any harder. They will still be required to run back to where they died to pick up their gear as they would have previously.

This change will only apply within the wilderness and PvP worlds.

The following untradeable equipment will be affected by this change: 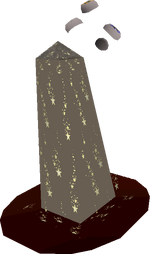 When charging Amulets of Glory at the Fountain of Rune in the wilderness, you would be given a 1 in 25,000 chance of receiving The Golden Glory.

The Golden Glory is a tradeable Amulet of Glory which has unlimited charges. With its extreme rarity and useful nature, it will be a very desirable item.

Currently, the elder chaos druids found by the chaos altar are not the most commonly killed NPCs. We would like to make them a bit more appealing to kill by giving them a new, unique drop.

We would like to give the elder chaos druids a very rare chance of dropping their robes. Elder chaos druid robes would provide the best-in-slot Magic attack bonus for players with 1 Defence.

The stats of these robes will land between ghostly robes and Xeric equipment.

Question: Should elder chaos druids have a slim chance of dropping their robes? Requiring nothing but 40 Magic to equip, these robes would provide the new best-in-slot Magic attack bonus for players with 1 Defence.

When you get a Bounty Hunter target there is no option to skip them. However, logging out and back in can accomplish this.

We would like to streamline this process by adding a button to the Bounty Hunter interface which allows you to skip your target. The same restrictions on skipping targets will still apply, but skipping wouldn't require you to log out.

Question: Should a 'Skip target' button be added to the Bounty Hunter interface? It is already possible to skip your target by logging out, this button would just make the process simpler. The same restrictions on skipping targets would still apply.

Bounty Hunter was introduced to Old School before the Grand Exchange. For this reason, the skulls which show how much wealth is being carried by your opponent do not use accurate prices.

We will be offering to change the Bounty Hunter skulls to be based on Grand Exchange values in order to make them more accurate.

Question: The Bounty Hunter interface displays a coloured skull to let you know how much wealth your target is holding. This value is currently based on high alchemy value. Should it be changed to use Grand Exchange values instead?

Dropping items within the wilderness

When death is inevitable and desperation kicks in, players within the wilderness will sometimes drop their items in the hopes of being able to run back in time to pick them up. This undermines the danger the wilderness aims to provide, and circumvents the idea of losing your items on death.

In order to prevent players circumventing death like this, we would like to make items dropped from your inventory within the wilderness appear instantly to everyone.

Question: Should items dropped within the wilderness immediately appear to all players? This would prevent players dropping items to avoid losing them on death.

In addition to this, we would like to make it so food and potions which are dropped within the wilderness never appear to other players. This would prevent the common tactic of having a team of people dropping you food as you are being attacked, making you nearly impossible to kill in single-way combat.

Question: Should food and potions dropped within the wilderness never appear to other players? This would prevent teams of players dropping each other supplies in single-way combat areas.

When buried on Lava Dragon Isle, lava dragon bones provide increased experience. However, this experience is not rewarding enough to make burying bones there a very appealing idea.

We would like to improve the experience earned when burying bones on Lava Dragon Isle to make it a more worthwhile option for training prayer.

Question: Should the experience earned from burying lava dragon bones on Lava Dragon Isle be increased? This would provide players with greater incentive to visit the area to train.

Currently, the items you keep on death are chosen based on the high alchemy value of the items in your inventory and those you have equipped. This can often lead to the higher value items you are holding being dropped to the ground while you keep a low value item with a higher alchemy value. 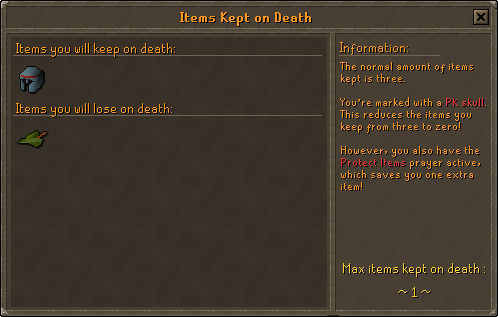 With the Grand Exchange now in Old School, it is possible for us to make items kept on death use the Grand Exchange value of items rather than the high alchemy value. This would mean you are much more likely to keep the items you'd ideally keep, and wouldn't unexpectedly lose out on a big chunk of your bank.

This change would apply everywhere in Old School RuneScape where items can be lost on death.

Question: Should the items you keep on death be chosen based on Grand Exchange value rather than high alchemy value?

Currently, in order to move a room in your player-owned house you must delete it and rebuild it from scratch in another hot spot. This isn't ideal, especially for rooms which contain very expensive furnishings (such as gilded altars). We want to offer a more convenient alternative.

We would like to offer a new menu for player-owned houses which would allow you to rearrange the rooms in your house without having to recreate them. This would be possible with all rooms except for those containing stairs or dungeon entrances.

Using this menu to move your rooms would allow you to keep the contents of your rooms intact as you move them. You would not need to rebuild any of the elements of a POH room after moving it.

This menu would be available for all players - regardless of Construction level.

Question: Should a menu be added to player-owned houses which allows rooms to be rearranged without needing to recreate them from scratch? This menu would be usable with all rooms except those with stairs or dungeon entrances. The menu would be available to all players who own a house. 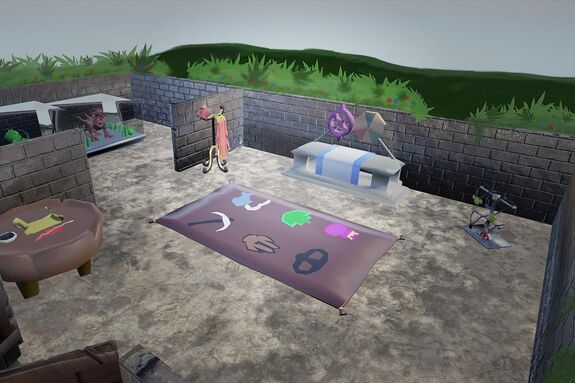 The available hot spots are:

The altar hot spot allows you to place one of three new kinds of altar. They can be used to switch spellbook on the fly.

The log display allows you to show off your various in-game logs to anyone who visits your house.

Each jewellery box will require a number of gems to create, including quite a few dragonstones for the fancy and ornate boxes.

Each display can be created using jars dropped by the appropriate monster.

The mounted display allows you to show off some of the most prestigious items in game.

The quest list hot spot is a long parchment on the wall which can be used to display your progress through every quest in the game. It will show whether you have not started, started or completed each quest. 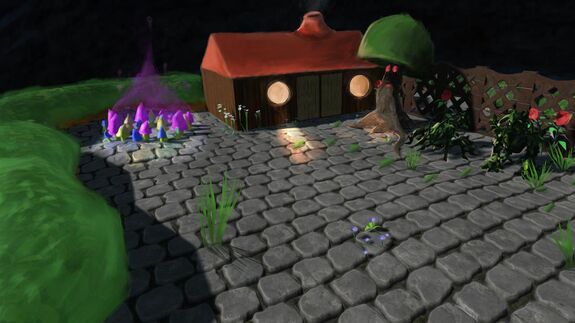 Question: Should the superior garden, as described in the PvP & POH Rooms developer blog, be added to Old School RuneScape? If the superior garden passes, the maximum number of rooms in player-owned houses will be increased by one.

Question: Should the tip jar, an ornament in which allows visitors to your player-owned house to leave you tips, be added to a hot spot in the garden room? This item would require level 40 Construction to build.

Question: Should we add an incinerator to the bank screen so you can drag unwanted stacks of items to it to destroy them? A warning message would be given before destroying the items.

Question: When casting high alchemy on items a warning is shown if the item is considered high value. Should we make it possible for you to choose how valuable an item must be before this warning is triggered?

Question: Should zombies on Harmony Island be made unaggressive following the completion of The Great Brain Robbery?

Question: Should the abyssal dagger be added to the drop table of abyssal demons with a drop rate of 1 in 32,000?

Question: Should it be possible to choose your reward from the Temple Trekking minigame?

Question: Should the drop rate of lumberjack equipment be changed so you have the same likelihood of receiving each piece?

Question: Should an altar where god eggs can be offered be added to the Woodcutting guild? The rewards for offering god eggs would be nests and small amounts of prayer experience.

Question: Should a miniquest section be added to the quest interface? This would allow you to view your progress on various miniquests as you can with quests.

Question: Should the anti-dragon shield require the Dragon Slayer quest to have been started in order to be equipped?

Question: Should bind and freeze effects be removed from you when you die in Castle Wars?

Question: Should it be possible to imbue the Ring of Suffering in Nightmare Zone? The imbued version of the ring would have doubled stats and would provide an infinite recoil effect.

Question: Should the amount of nightshades given per Farming patch be increased?

Question: Should more Jogres be added to the pothole dungeon? They would be added away from the rogues purse spawns.

Question: Should the dragon defender be visually updated to remove its pink glow? Image

Question: The gilded boots currently have a brown ring going around the edge of the boots. Should this brown ring be made gold to match the rest of the design?

Retrieved from "https://oldschoolrunescape.fandom.com/wiki/Update:Dev_Blog:_PvP_%26_POH_Rooms?oldid=2860403"
Community content is available under CC-BY-SA unless otherwise noted.