Dungeons! Dungeons everywhere!
... And some other stuff, too.

Part of the appeal the Slayer skill is the variety which it offers. You get to avoid the monotony of grinding in the same location, and you can explore the world as you slay.

Once upon a time, you'd find yourself in many different parts of Gielinor for each assignment. More recently, however, you are likely to end up in Nieve's Stronghold Dungeon for most of your tasks.

We would like to bring back the variety and diversity of where you slay by moving some creatures out of Nieve's dungeon, into a number of new or extended dungeons throughout Gielinor, which will also let us increase the number of spawns.

The Dungeons
Please note: the monsters in these new areas will replace those found in Nieve's dungeon and will only be killable on task.

If this update passes, Nieve's dungeon will still have its place in Old School but will be redesigned to fit the number of creatures found there. The following creatures will spawn within Nieve's dungeon: 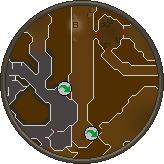 Up a ladder just north of the entrance, Taverley Dungeon would be expanded to the west to house a number of Black Dragons and baby Black Dragons.

This dungeon would provide the following increase to monster spawns:

The Chasm of Fire is a demon infested, three-tier dungeon found at the northern side of the Shayzien encampment. It contains Lesser Demons, Greater Demons and Black Demons.

There are two fairy rings very close to each other just west of the Sinclair Mansion. With the Chasm of Fire, we'd move the western one (DJR) onto Zeah, near the entrance of the dungeon. 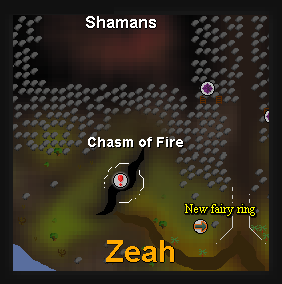 When you enter the dungeon you'll find yourself surrounded by Lesser Demons. Descend further and you'll encounter Greater Demons, with Black Demons found at the lowest level of the dungeon.

The Chasm of Fire will increase the number of spawns for Greater Demons and Black Demons, with some brand new spawns for Lesser Demons:

The metal dragons from within Nieve's dungeon would be relocated to an expanded area of the Brimhaven dungeon.

To accompany this change, we are also offering an additional entrance to the Brimhaven dungeon which will take you directly to the entrance of the existing metal dragon area. 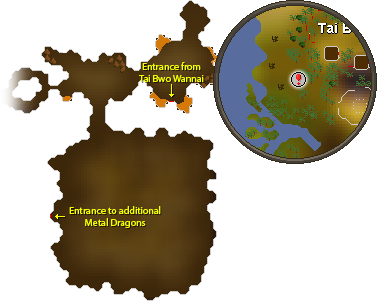 This new expansion to the dungeon will increase the number of available metal dragons:

As perhaps the most iconic Slayer location in Old School, we'd like to relocate a number of creatures from Nieve's dungeon to the Slayer Tower.

This new area would provide increased spawns for all of these monsters:

The Kalphite area from Nieve's cave would be relocated to the Kharidian desert. The entrance to the new Kalphite hive would be found just East of the Shantay Pass. 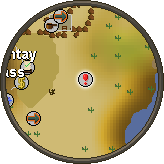 This places it close to a number of popular teleports, and just a short walk from the Shantay Pass bank chest.

The relocated Kalphite hive would increase the number of spawns for each type of Kalphite:

The Thermonuclear smoke devils and smoke devils found within Nieve's dungeon would be relocated to a dungeon underneath Gu'Tanoth. 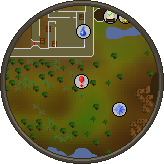 The number of spawns available within this dungeon would not change with this update.

Kraken Cove is a complete relocation and redesign of the current Kraken Cave, found north of Eagles' Peak. 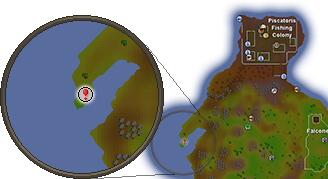 This area is easily accessible via fairy rings, the Western banner teleport, Piscatoris teleport scrolls and the Tree Gnome Stronghold.

Question: Should certain monsters from Nieve’s cave be relocated to new and bigger dungeons around the world? This would increase the number of monsters available at any given time. You can see further details in the recent Slayer developer blog found here: (quick-find code)

Question: Should a second entrance to the Brimhaven dungeon, unlocked for a one-off payment of 5,000 trading sticks, be added near Tai Bwo Wannai? It would take you directly to the entrance of the metal dragons area.

The danger of the Wilderness is something that many are afraid to face. They'd rather slay baby greens than the fully grown beasts found up north.

Well, those of you who aren't afraid of nothin' could have a chance of taking on Wilderness-only tasks from a new Slayer master!

Located in Edgeville, this new Slayer master hands out Slayer assignments which must be completed within the bounds of the Wilderness. They will offer the following monsters as potential assignments:

These tasks must be completed within the Wilderness - creatures elsewhere will not count towards your assignment.

As a reward for your bravery, you'll receive a whopping 25 Slayer points for each assignment you complete from this Slayer master. Wilderness-only tasks would use a separate task milestone counter.

In addition to offering increased Slayer points for tasks, we will be offering a chance of receiving a tier 1 Bounty Hunter emblem from any monsters killed on an assignment from this Slayer master.

These emblem drops would also be available on Deadman Mode.

This staff requires level 75 Magic and level 55 Slayer to equip. Using the staff substantially increases the damage dealt by the Magic Dart spell when attacking a monster you are currently assigned to kill.

Specifically, the max hit of the spell when using the Enchanted Slayer's Staff is equal to (Magic level/6) + 13, rounded down. This does not account for damage boosts from other items, such as the Occult necklace, Tormented Bracelet or Slayer Helm.

Question: Should a Slayer master who assigns Wilderness-only tasks be added in Edgeville? Completing Wilderness tasks would provide substantially higher Slayer point rewards, and would have a separate task milestone counter. There would be no requirements for using this Slayer master. You can see further details, including which monsters can be assigned, in the recent Slayer developer blog found here: (quick-find code)

Question: If the Wilderness-only Slayer master is added, should all assignments offer a chance of receiving a tier 1 Bounty Hunter emblem as a drop when killed on task? This would also be available in Deadman Mode.

Question: If the Wilderness-only Slayer master is added, should all assignments offer a chance of receiving a Slayer staff enchantment scroll? The Enchanted Slayer’s Staff would require level 75 Magic and level 55 Slayer to equip. The enchanted Slayer staff would have 2,500 charges and would deal substantially higher damage when used on assignment with the Magic Dart spell. The specific damage formula can be seen in the recent Slayer developer blog found here: (quick-find code)

We'd like to offer a novice level quest based on the lore surrounding Zeah and Great Kourend: Client of Kourend.

Your reward for completing Client of Kourend will be two experience lamps which provide 500 XP each. These lamps can be used on any skill.

However, we would also like to offer two additional rewards:

These two rewards will be polled separately from the quest itself.

Question: Client of Kourend is a novice quest based on the lore surrounding Zeah and Great Kourend. Should it be added to Old School RuneScape?

Question: If the Client of Kourend quest is added, should one reward for completing the quest be an instant 20% favour in any house within Great Kourend?

Question: If the Client of Kourend quest is added, should one reward for completing the quest be a permanently doubled rate of gaining favour in all houses within Great Kourend?

Question: Should superior Slayer encounters have a chance of dropping a tradeable, eternal Slayer gem? This gem could be used to craft an eternal Slayer ring which has unlimited charges. Crafting this ring would require 75 Crafting and the existing unlock from Slayer masters.

Question: When you reach a Slayer task milestone of 100 tasks should you get a one-off Slayer point multiplier of 25 times your points for that task?

Question: When you reach a Slayer task milestone of 250 tasks should you get a one-off Slayer point multiplier of 35 times your points for that task?

Question: When you reach a Slayer task milestone of 500 tasks should you get a one-off Slayer point multiplier of 50 times your points for that task?

Question: Should the TzHaar Slayer task be available from Chaeldar?

Question: Should the TzHaar task be available from Vannaka?

Question: Should the dogs within the Brimhaven dungeon be removed, except for those in the dedicated area for dogs?

Question: Should Grand Exchange teleports take you closer to the middle of the Grand Exchange? This will ensure players are placed in the safe area on PvP worlds when using these teleports.

Question: Should mummies within Pyramid Plunder only be aggressive to the player which caused them to appear?

Question: Should we increase the character limit of messages sent in friends chats from 80 to 150?

Question: Should two of the three Cyclopes areas found within the Catacombs of Kourend be replaced with Bloodvelds?

Question: Should one of the two areas containing Hill Giants within the Catacombs of Kourend be replaced by Abyssal Demons?

With us polling a pet drop from Skotizo, we remind you that you cannot simply access Skotizo at will. You must first acquire a dark totem each time you want to take him on.

Question: Should Skotizo have a chance of dropping an item which you can take to a Slayer master to recolour your Slayer helmet? It will have the same requirements as the other helmet recolours.

Question: Should Skotizo have a rare chance of dropping a pet?

We previously polled changing the order of prayerbooks and spellbooks as a single question. Having failed the poll, it was requested that we repoll them as separate features - so we are including them in this content poll.

Question: Should it be possible to change the order of the prayer icons in the prayerbook?

Question: Should it be possible to change the order of the spell icons in the spellbooks? Regardless of the outcome of this question, the Lunar spellbook will be rearranged to be in the correct order.

Retrieved from "https://oldschoolrunescape.fandom.com/wiki/Update:Dev_Blog:_Slayer_%26_Dungeons?oldid=3727014"
Community content is available under CC-BY-SA unless otherwise noted.