World 321 has become a beta world and tournament world where you can try out the proposed elder weapons! We've also got a number of quality of life changes for Barbarian Assault and Last Man Standing.

Earlier this week we released a developer blog for raids rewards. In this blog we discussed two new level 75 weapons: the elder maul and the elder wand.

You can now try out prototype versions of these weapons on world 321! This world is a beta world/tournament world, so none of your progress will affect your account. 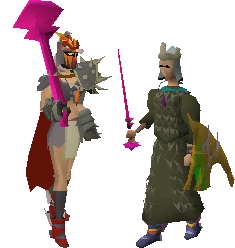 As these weapons are prototype versions, they are currently using placeholder graphics.

On the beta world you can gear up with all the supplies you might need to give these weapons a go. 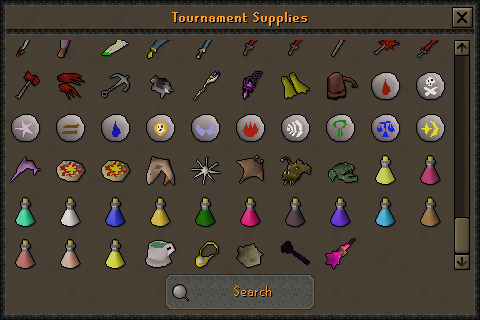 You can also try out the elder maul at a small selection of monsters weak to crush attacks.

Following feedback from the community, we are also considering some additional raids rewards on top of what was mentioned in the developer blog earlier this week. If you'd like more information on the additional rewards, watch our recent livestream in which we go over all of the stats of the proposed equipment.

Barbarian Assault has received a number of quality of life updates and bug fixes this week in an effort to make your time in the minigame a bit smoother. 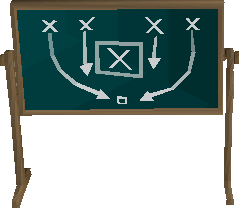 Previously, the cap on the number of queen kills which could be stored at any given time was 15. This made purchasing gambles inconvenient for players trying to get their hands on a pet.

We've now raised this cap to 40 to make the process easier.

The ladder found in the Barbarian Assault waiting rooms now has a quick-start option to get you straight into the action. Rather than waiting 60 seconds for the game to start automatically, your party leader can now use the quick start option to start the game immediately.

The ring of wealth now improves the potential loot from the rare drop table when worn. While you are still only able to receive the same items, you are more likely to do so.

In addition to the above change, the ring of wealth will now automatically pick up coins drops when equipped! All of those small stacks of coins are sure to add up quickly.

We've got a number of quality of life changes going into Last Man Standing this week, as well as the addition of the bloodier key.

When a game comes down to the final five players, there is often a desire to avoid combat in the hopes of saving supplies and surviving longer. In order to combat this, we've now added the bloodier key.

The bloodier key is awarded to players who get kills when there are five or less players remaining.

Much like the bloody key, the bloodier key will replenish your run energy and hitpoints. However, it will also slightly replenish your prayer points and special attack energy.

On top of this, it is guaranteed to give you food and has an increased chance of giving you a top tier special attack weapon.

We hope that the addition of the bloodier key will encourage players to fight towards the end of the game, upping the action in the last few minutes.

Retrieved from "https://oldschoolrunescape.fandom.com/wiki/Update:Elder_Beta_%26_Barbarian_Assault?oldid=2394151"
Community content is available under CC-BY-SA unless otherwise noted.