In Poll 13 you voted for a whole bunch of Slayer updates, and today's update brings the first batch.

In the Gnome Stronghold, near the magic tree and the southern bank, you'll find a new Slayer Master. Her name's Nieve, and her task list is based roughly on the assignments offered by Sumona in RS3. You need a combat level of 85 to get a task from her.

When you successfully complete 5 or more Slayer assignments in a row, you may now receive Slayer points. The higher-level masters' tasks give more points than the lower-level masters; Turael's tasks don't give points at all. Every 10th task and 50th task will give you bonus points.

The six Slayer masters have a new Rewards interface where you can spend these points to unlock new features, such as the ability to automatically use your rock hammer on a gargoyle once it reaches critical damage. You can also unlock longer Dark Beast tasks.

Your streak of successfully completed tasks will be reset to zero if you get Turael to cancel your task.

We'll be fleshing out the Rewards interface with more abilities in the coming weeks. In particular, you've voted for the ability to construct the Slayer helmet and ring, and to buy broad-headed ammo.

Finally, the Slayer gem now has a new right-click option to bring up a log recording every Slayer monster you kill. 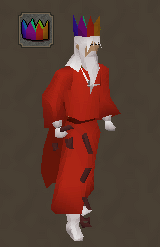 We'd hoped to release the routefinding update that you've been so patiently awaiting, along with one or two other engine fixes. Unfortunately there are one or two issues that we need to get ironed out before we can launch that, so we've had to hold it back for now.

Next week we'll be releasing the Christmas update, bringing you the holiday event from December 2006 along with the extra black & rainbow party hats. Plus extra snowballs.

Please come over to the forums to discuss the update.

Retrieved from "https://oldschoolrunescape.fandom.com/wiki/Update:First_Slayer_Batch?oldid=423282"
Community content is available under CC-BY-SA unless otherwise noted.