Today's update brings the ability to farm your own grapes, along with a host of features from the recent PvP-themed poll.

Lord Kandur Hosidius has finished preparing his vinery in the south-east of Kourend, and has opened it for use by anyone who's got 65% favour with the Hosidius House, under the "supervision" of his charming son, Pandur. 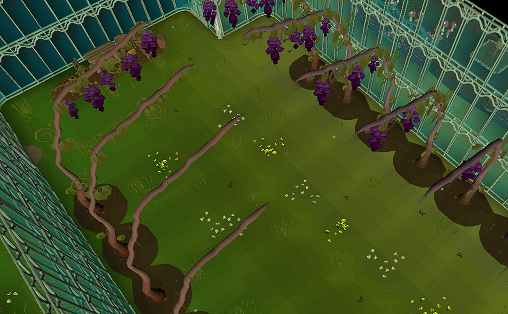 Treat the vine patches with saltpetre, and plant a grape seed to start your vine growing. The vintner, Gallow, will protect them automatically, so you needn't worry about disease. There are 12 patches, and you can use them all at once.

Once a vine is fully grown, claim your XP and pick the grapes. Level 36 Farming is required to grow grapes at all, though players with higher Farming levels will get substantially more grapes from each vine. 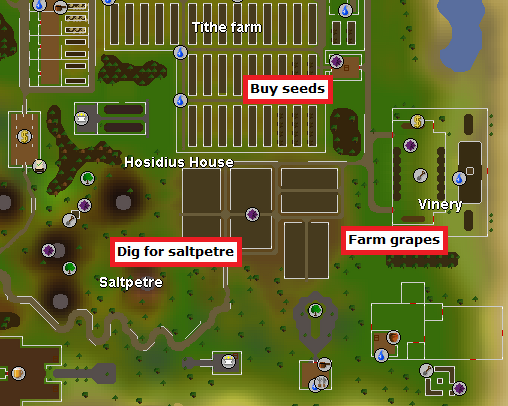 When all the grapes are picked, the vine will automatically die of old age, and can be cleared with a spade. This death cannot be reversed by the Resurrection spell, since it did not arise from disease.

Grape seeds can be purchased with reward points from Farmer Gricoller's Tithe Farm for 2 points per seed. The seeds are tradeable.

Next week we hope to launch the update where you'll be able to lock your House favour at 100%, along with some graphical changes to Kourend based on players' suggestions.

The teleblock spell now has different animations to reflect whether or not the spell will hit successfully. 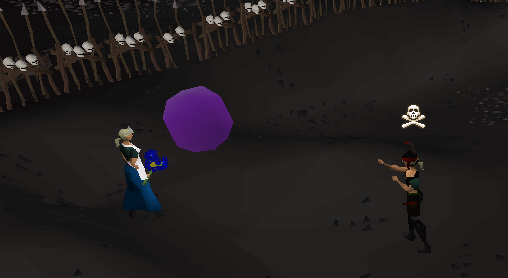 The Wilderness obelisks have had their diary reward redesigned. Previously, a player who had completed the diary would be forced to click through a menu to choose their destination, which could be awkward during combat. Now, all players left-clicking a portal will be taken to a random destination.

Players who have unlocked the rewards of the hard Wilderness diary will now be able to access two extra options on the portal. One allows you to set a 'favourite' destination for the portals, and the other makes the portal teleport you to it. 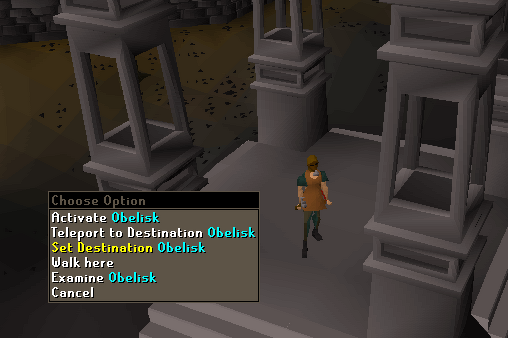 The Bounty Hunter timer has been changed so that you get at least a minute after killing a target before being assigned a new one. Previously you might get assigned a new target so quickly that you couldn't collect the loot from your last victim.

Monsters in the low-level Wilderness north of Edgeville are now unaggressive on the Bounty world (world 18), so they'll hopefully interfere less with your PvP activities.

Deadman Mode now offers 6 hours of immunity from combat for new players, giving them a chance to get off level 3 before pwnage happens to them. If you want to cancel your immunity before 6 hours elapse, talk to the Doomsayer.

We've made some changes to the Telekinetic Theatre in the Mage Training Arena by Al Kharid.

It now has substantially different code for the movement of the guardian in the maze, so you can start walking to a new position while the guardian is responding to your last Telegrab spell. 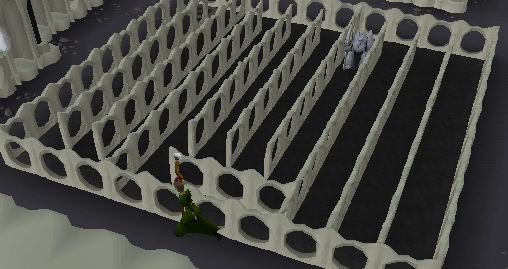 The Well of Goodwill has returned to Varrock, by the western bank. We'll be opening it on Friday as part of the GameBlast 2016 festivities, so you can show your support for SpecialEffect (registered charity 1121004).

Retrieved from "https://oldschoolrunescape.fandom.com/wiki/Update:Grapes_%26_PvP_poll_features?oldid=3510949"
Community content is available under CC-BY-SA unless otherwise noted.