Having hundreds of items in your bank set aside for completing treasure trail emote clues is not terribly convenient. If you want to hold onto your emote clue items, you have to sacrifice a large chunk of your bank to do so.

Well - no longer do you have to choose between your love of bank space and your love of clues! Hidey holes, also known as STASH (store things and stuff here) units, are here!

STASH units can be used to store emote clue items in the immediate area of emote clue locations. Created from various inconspicuous bushes and crates across the world, STASH units require varying construction levels and item requirements to create: 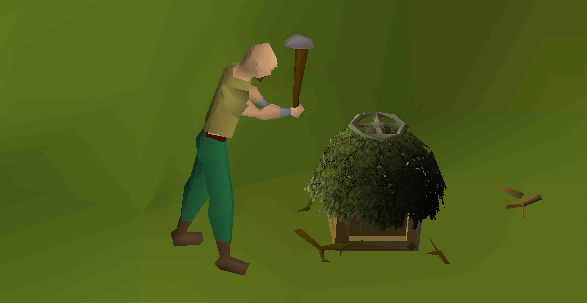 Across the map you can find a whopping 108 STASH units to be built. Grab some nails, planks and head out to set up your STASH units today!

The Last Man Standing beta is now accessible for players who were accepted into the closed beta program. Open until Monday, just under 2,000 players will be relentlessly playing the minigame to provide us with valuable feedback in preparation for release later this month.

If you weren't invited to the beta, keep an eye out on YouTube and Twitch as participants are free to share their experience with you. Last Man Standing will be on the way to Old School in the very near future, so hold tight!

A list of miniquests has been added to the bottom of the existing quest list. This will help you keep track of your progress through various miniquests. 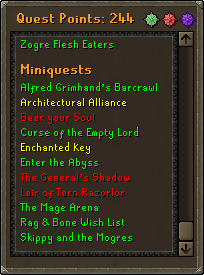 To find the bond interface, click the settings tab and then the bond button.

From here, you can redeem your bond to bypass the name change cooldown by using the redeem option found in the bottom-right of the interface. 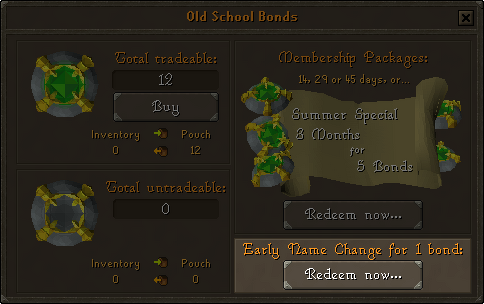 Once you have confirmed your redemption, you will need to log into the main RuneScape website and access the display name section to change your display name. You can read more in-depth instructions of how to do this in our help centre.

The pothole dungeon has received an expansion! You can now head into the extended upstairs area to find many more jogres to take on.

Retrieved from "https://oldschoolrunescape.fandom.com/wiki/Update:Hidey_Holes_%26_Miniquests?oldid=4939523"
Community content is available under CC-BY-SA unless otherwise noted.