This week's update sees the release of in-game polls as well as many more highly anticipated updates from content poll #23.

With this week's update you are now be able to vote on polls from the in-game poll booths dotted around Gielinor in banks and other convenient places. They are marked on the minimap with their own icon

so you can spot them with ease on your travels. 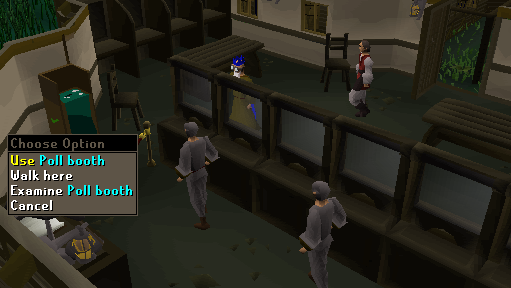 If there is a poll open that you have not yet voted in you'll receive an extra message in your chat box, once a day when you log in letting you know. In addition to this, poll booths have a small flag that will wave as an extra way of letting you know.

As well as voting using the poll booths to vote you can also view the results of previous polls (this includes every Old School poll conducted to date). 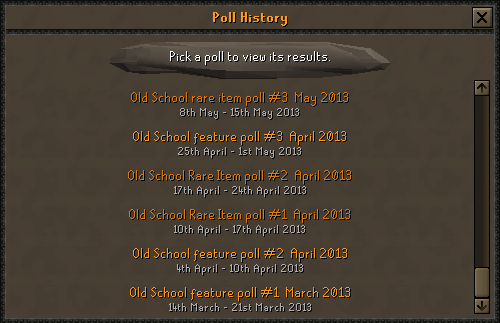 Later on today the first in-game poll will go live. The poll will decide the fate of the proposed skill, Artisan. If you want to know what you are voting for make sure that you read the developer blog.

If you are lucky enough to have received one of the recently released boss pets then you may have been a little concerned with losing your miniature beast. Pet insurance allows you to guarantee the safety of your follower so that you no longer have to worry about them wandering off if you were to get sent to Lumbridge by their larger counterpart. 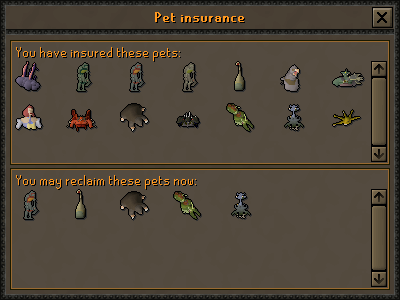 To insure your pet head over to the pet insurance bureau in Ardougne and speak to Probita.

Keep in mind that you are not able to receive a pet drop from any boss if you already have a follower out and a full inventory. If you are on the hunt for pets then be sure to have space.

The duel arena is somewhere that people often go to risk their banks. Day in, day out, there are people staking tremendous amounts trying to get the best of their opponent and grab themselves the winnings.

In order to ensure that the only challenge in a duel is your opponent we have converted one arena to be used only for no movement duels. This should make it much easier to focus on what everyone wants to focus on; beating their opponent. 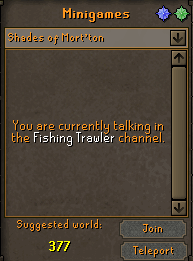 The minigame group finder interface has been redesigned and you can now utilise the teleports without joining the related chat channel.

This small change should make getting to your favourite minigames a touch easier when the chat channel is full.

Don't miss our Q&A livestream from 5pm on Twitch!

The Old School Team
Retrieved from "https://oldschoolrunescape.fandom.com/wiki/Update:In-Game_Polls_%26_Pet_Insurance?oldid=423262"
Community content is available under CC-BY-SA unless otherwise noted.